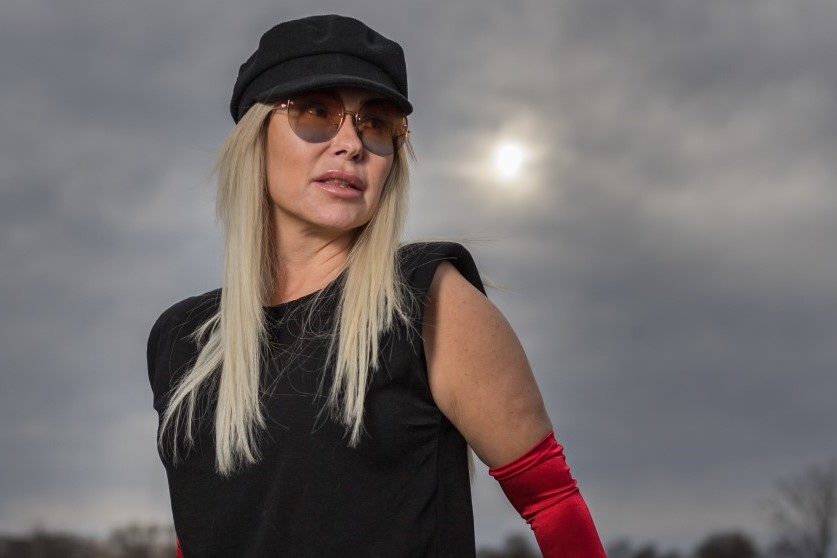 Higher Living With Jacqui Childs: Free Your Mind and Just Be Nice

I really love the local flair and tastes of cannabis culture. And I enjoy traveling around and talking about cannabis because there’s a community feel everywhere, but I’ve noticed that different places have their own individual spirit. I find that I usually end up speaking with people much younger than I am. I’m going to be 50 soon (shudder). It’s funny because I don’t feel like I’m nearly that old; I like to think you’re only as old as you feel.

Sometimes, young cannabis enthusiasts have so much to offer. I’m not talking about the stereotypical – “Whoa, dude! I’m so baked right now. Pass the Cheetos” – kind of stoners. I mean the kids under 30 who are going to inherit the world. In some ways, they seem much more in touch with what needs to be done to save Mother Earth. They’re so excited – because they haven’t been ground down by society – and they have so many cool ideas and philosophies about how to live a fulfilling life without destroying the planet or hurting the other people around them.

I also really love talking to the OGs, the elder statesmen much older than I am, about how they have used cannabis to enhance their wellbeing and how it makes them young at heart. I’m referring to people like the women who cook with cannabis or use it as their medicine and have special ways to prepare it: “Have a little bit of this with some ginger, a little bit of that with some honey.”

I have met lots of really great young and not-so-young people in my cannabis-related travels. But I have also discovered that whatever someone is into, too many people judge them because their ideas aren’t the same. Maybe those casting stones talk shit because they want to be cool or they think the best way to be taken seriously is by tearing down others. My motto is Just Be Nice, and it’s an attitude that goes really well with cannabis culture. There’s no reason to be mean or cynical and create bad vibes between people. Just Be Nice. And I think that attitude is needed now more than ever, whether you’re gay, straight, black, white, left, right, liberal, conservative -- who the fuck cares? Everyone has their own opinions and ideas, and that’s okay. It would be a really boring world if everybody thought the same way.

No matter what someone looks like, what they say, or how they act, you don’t know what they’re going through in their personal lives, and you don’t know what’s happening inside their heads. I have millions of followers on Facebook and I like to share really provocative and sexy pictures of myself. But then I always remind people that there's a human being behind that photo that struggles and strives and feels and thinks just the way they do. Maybe we don’t think the same things, and I know my mental health issues with depression, anxiety, and bipolar disorder make my reality different than of a lot of people. I just want to get across the idea that even though we might look different and our brains might work in different ways, we’re all human. We all have feelings. We all have hopes and dreams. We all want to love and be loved. So Just Be Kind because you never know if your act of kindness is gonna be the thing that makes someone else feel like maybe things are gonna be okay, after all.

When you sort of look at someone and it seems like they’ve got it all together, we assume, “Oh, they must be rich. They must be happy. They must have it made.” Thanks to plant medicine, I talk very openly about how you shouldn’t judge a book by its cover and that we’re all struggling with something. I laugh about the thought that we’re all fucked up in different ways, but our finish lines are all the same. We all end the same. It's how we play the game -- how we live the life in between the two goal lines – that matters.

Of course, a lot can change during that time. These days I’m trying really hard to value what I have to offer, and that includes my energy, my experiences, and my maturity. I used to think, “Okay girl, you’re 26. Wow That’s so hot, so sexy. Look at you go!”

But now I’m finding myself inspired by different kinds of things. I love older women writers who use their minds, their creativity, and their words in beautiful ways to make their stories come alive. How these experienced people can inject romance and imagery and style into their work is far sexier to me than 20-year-olds sitting by the pool in bikinis. To be true to my motto, Just Be Nice, I don’t judge them, and I was the same way when I was 20. I have just discovered a greater well of inspiration as I have aged and I’m really turned on by things that I never would have been excited by.

For me, one of the most pivotal moments of revelation came eleven years ago, when I met my current husband, Drew. He’s actually my second husband and we’re an interesting pair. I never ever would have dated him in high school or in college or university. He wouldn’t have been my cup of tea. He’s so regular, so stable, so normal from head to toe. Our relationship isn’t focused on looks. It’s much deeper than that because inside, he’s the most fascinating, interesting, sweet, and sexy man in the world. Now that I’m more mature and I understand what’s important to me I realize that he’s perfect for me.

It’s funny because he is the biggest stoner I’ve ever met and he introduced me to cannabis culture, really. He’s a little bit older than me. He's an old Jewish stoner. And what he has added to my life – along with cannabis – is this incredible outlet full of love and discovery. Every day, I’m excited about our relationship. We have an unbreakable bond. He's my best friend.

Yes, we fight like cats and dogs and I love it! It's engaging. And the energy from the arguments is good because we love each other and we're best friends. That's something I've never had before. In my whole life, I've had little to almost no relationships with any blood relatives and I don't have many long-term friendships that have lasted decades. I've changed so often, I've been like a chameleon. A lot of people find that confusing, but my husband and I love it. Every time I change he says he feels like he's getting to love a whole new version of me. Considering all the instability I've had in my life because of my bipolar condition and other things, I'm lucky to have someone who really understands me and who really knows the meaning of my catchphrase: Just Be Nice. 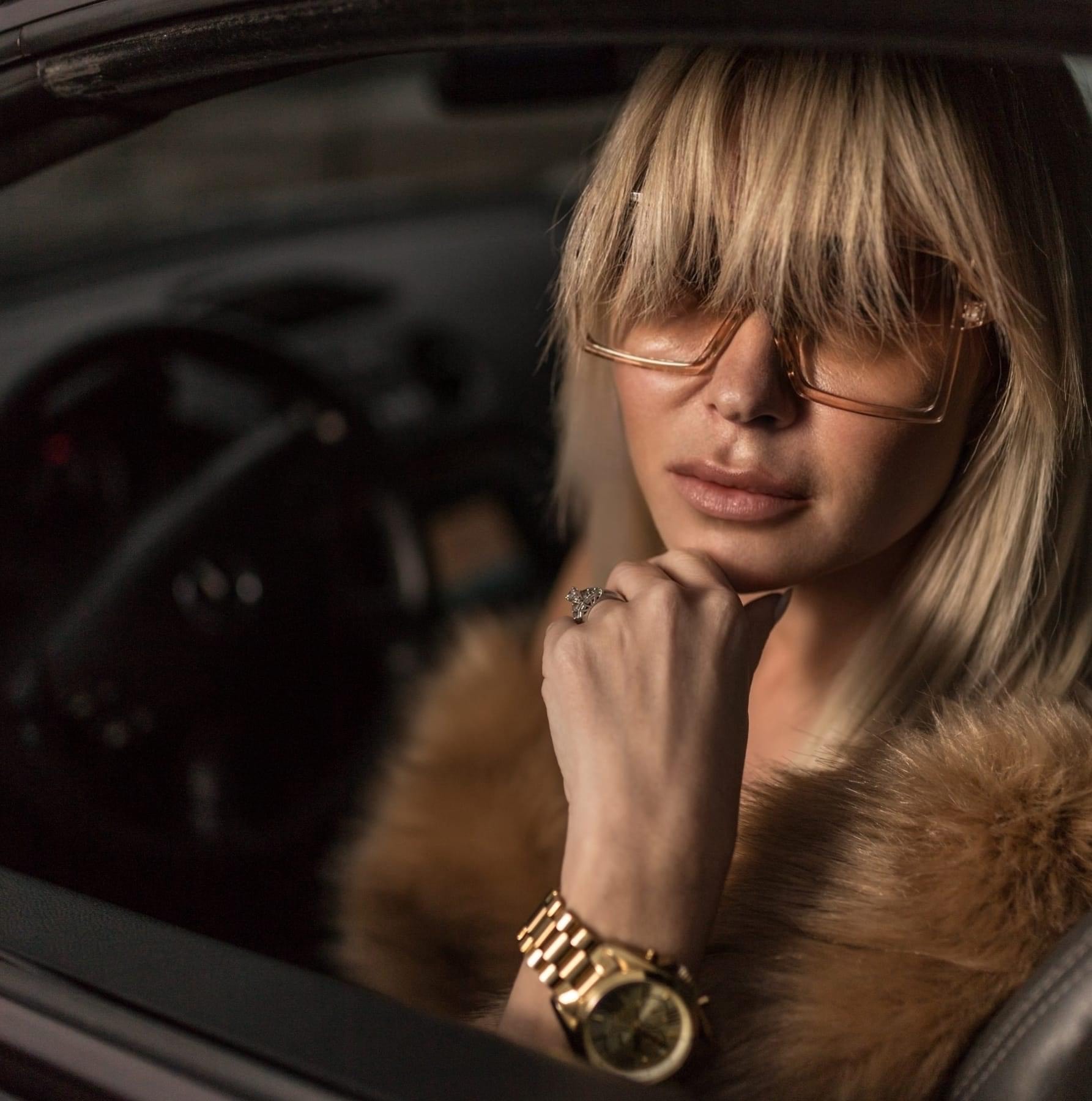 Jacqui Childs is an award-winning social media personality, cannabis & mental health advocate, podcast host, author, published writer, and more. Her story has inspired people from all across the world to embrace their inner warrior and to live a life that is full of purpose. You can find Jacqui interviewing industry trailblazers on the Green Room Podcast, spreading kindness on social media, and appearing at your favorite cannabis-oriented events. 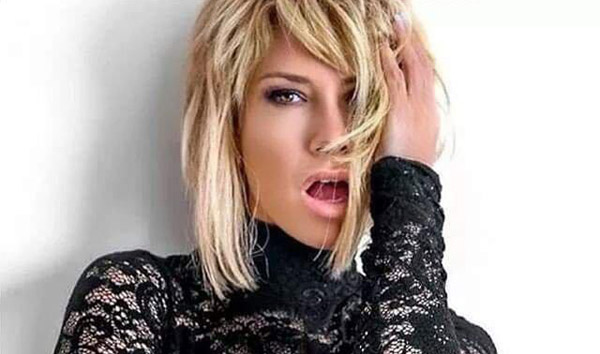 Higher Living With Jacqui Childs: Blame it on My Father-in-Law